Saanich Remembers World War One commemorates the centennial of the First World War. The purpose of the project is to remember and honour the hundreds of Saanich residents who served in the First World War and to learn more about the impact of the war on the community.

The project centres on the Saanich WWI Honour Roll.  The Honour Roll was started in 1916 but was never completed. Currently on display at Saanich Archives, this beautiful hand-drawn document list shows 355 Saanich residents who served in the First World War. Many names are missing. Saanich Archives’ records indicate that 800 residents served overseas. With the help of volunteer researchers we hope to create a complete list of Saanich WWI veterans and to find photographs and biographical information for each person. We’ll preserve the collected information at Saanich Archives and share it on the project website.

Read about the Saanich Remembers World War One project:

In September 2015 and 2016, a battlefield tour led by Gavin Cooper visited cemeteries overseas as part of the Saanich Remembers Project. Military and Family Researcher Steve Clifford also visited the graves of Saanich WWI soldiers in June 2016. We have pinned the photos on our HistoryPin project page. Learn more in the Saanich News coverage.

The City of Thunder Bay has also undertaken a commemorative project, the World War One Thunder Bay Centennial Project. 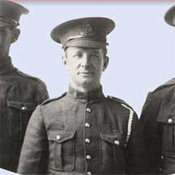 Remember the residents who served in the First World War 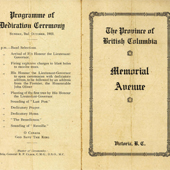 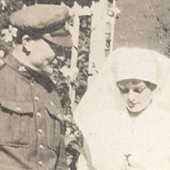 Saanich Archives is looking for photographs, letters and diaries of Saanich residents who served in the First World War. Please contact us if you have anything to share.