So That None Shall Go Unrecorded - Saanich Remembers World War One 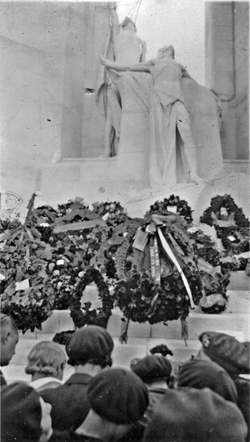 November 2018 marked both the centenary of the end of the First World War, and the culmination of the Saanich Remembers World War One project.

At its heart was the Saanich Honour Roll bearing 355 names of men and women who served.

From 2014 to 2018, in addition to information about the names on the Honour Roll, Saanich Archives gathered an important collection of stories, photographs, documents and personal artifacts relating to one of the most significant world events of the 20th century.

This virtual exhibit highlights the contributions of Saanich residents past and present, and commemorates the end of World War One.

Kenneth Walter Foster was one of more than 800 Saanich residents who served in the First World War.  In September 1915, he left Vancouver Island for gunner training in Bramshott, England. He served in France and suffered serious wounds in the Battle of the Somme, 1916. After spending several months recovering at a Frodsham, Cheshire hospital, he returned to active duty. He was recommended for the Military Medal for Bravery during the Battle for Hill 70 near Lens, France. He returned to Saanich at the end of the war.

Saanich Women in World War II: On the Home Front 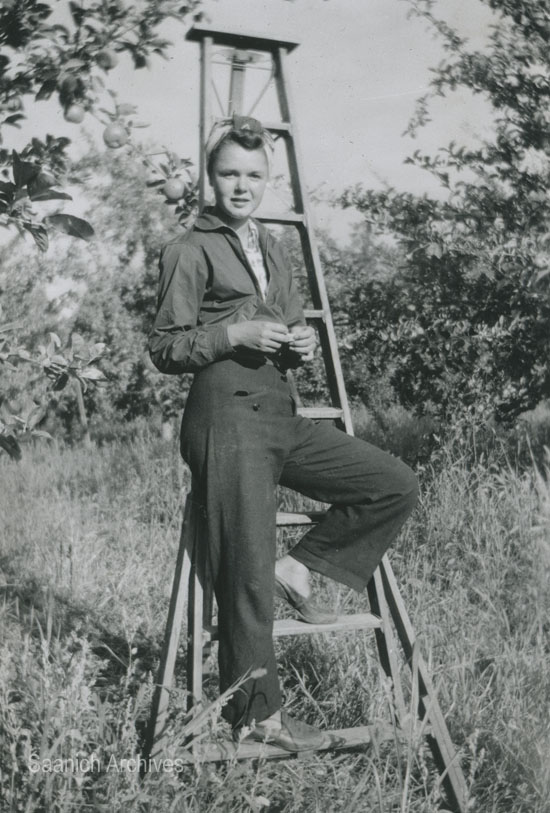 When World War Two was declared in August 1939, those women who did not sign up for active duty joined organizations such as the Red Cross, the Women’s Institute, the Civilian Air Raid Precaution Programme, and the Women’s Land Brigade. Their support efforts were an integral part of the Allied victory.

Saanich Archives celebrates and explores the service and sacrifice of Saanich women on the home front in this online exhibit.

The Local Area virtual exhibits are designed to provide an overview of the history of Saanich from the era of early settlement to the end of the 20th century.

A great source of information for both long-time residents and newcomers, each installment focuses on one of the twelve Local Areas in Saanich, and highlights some of the key people, organizations, and events that played a role in shaping the community we know today. Check this page regularly to see the latest installment of these online neighbourhood exhibits!

Making an Impact: 110 years of the BC Women’s Institute

We’re celebrating Women’s History Month by looking at the history of the BC Women’s Institute.

The Women’s Institute was established as an educational organization to support women living in rural areas. Women’s Institutes gave women a reason to get together and an opportunity to learn about rural homemaking.

For over a hundred years, each chapter of the Women’s Institute has taken on projects specific to the needs of their own communities. In addition to promoting education for women and children, Women’s Institutes have advocated for improved public services, social welfare programmes and environmental causes. They have also raised money for purposes such as hospitals, women’s and children’s health, and the Red Cross in wartime.

This exhibit explores the history of the BC Women’s Institute beginning when the first chapter was formed in Gordon Head in 1909.

The exhibit commemorates 100 years of providing the highest quality service to our community.

Diversity has existed in the Saanich region since long before the first Europeans arrived,  and for nearly 200 years immigrants from around the world have chosen to make this area their home.

In Saanich, we strive to live in harmony with one another and recognize that our differences are what make our community strong.

Learn more about our shared history by exploring our online exhibit 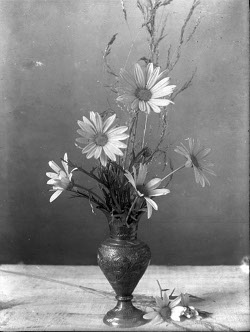 Annie Girling’s more than 900 photographs show life in Saanich and Victoria from 1912 to the 1940s. Girling was born in Suffolk, England in 1880.  In her early twenties she studied photography in London and produced many accomplished botanical studies, landscapes and portraits.  She came to Canada with her family in 1912 and settled on the shores of Swan Lake in Saanich on land that would later become part of the Swan Lake-Christmas Hill Nature Sanctuary.  Girling's images document the family's experience in their new environment. In 2008, Mr. Lindsay Lambert generously donated the collection of glass plate and film negatives to Saanich Archives.  Descendants of the Girling family worked with the Archives to identify the images.