Here are some examples of how Saanich looks to lead by example on climate change and deliver these targets.

Since 2010, the District of Saanich has been an active adopter of electric vehicles (EVs) and has continued to add EVs to replace the light duty vehicles. Given that electricity from BC Hydro at least 93% renewable, EVs are classed as zero emission vehicles (ZEVs), with minimal GHG emissions in addition to being quieter and requiring less maintenance.

As of 2020, the entire passenger car fleet at Saanich consists of electric vehicles. We are also working with researchers at the University of Victoria on electrification considerations for heavy duty vehicles.

The Saanich Police Department was the first Police Department in Canada to incorporate an EV into its fleet and will have an additional four EVs added in 2021. The Saanich Fire Department has converted all of its light duty vehicles to EVs and is now exploring the use of Plug-in Hybrid Electric Vehicles (PHEV) for their medium duty trucks.

The Municipality has also incorporated public EV charging stations at prominent Saanich owned facilities for public use, with more coming in 2021 (more info). In 2015, Saanich was also the first municipality to bring a DC fast charging station to the Greater Victoria Region.

Saanich implements multiple building energy retrofit projects each year to increase energy efficiency and move to renewable energy. This not only reduces our GHG emissions, but reduces costs and often improves user comfort.

Some key recent projects in our municipal facilities include: 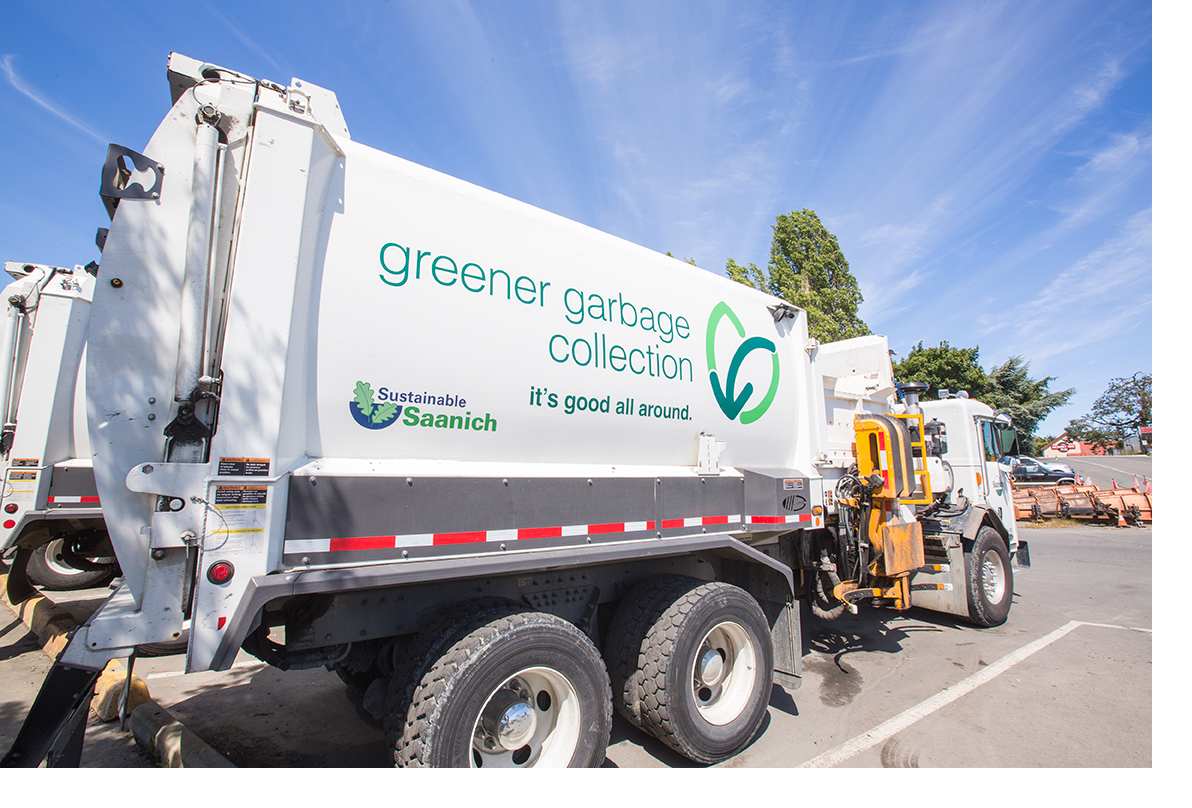 In 2014, Saanich launched the Greener Garbage Collection initiative to divert organics from the landfill and reduce community GHGs. Following the first full year of implementation, this added service has reduced landfilled waste by more than 50%.

In 2016 over 9,000 tonnes of organics were diverted from landfill through the curbside collection program, with an additional 7,600 tonnes of garden waste from the Municipal Yard. This equates to approximately 7,500 tonnes of GHG emissions saved a year.

Preparing for a Changing Climate

The District is committed to protecting and preparing its assets in a changing climate and helping the community cope with severe events by:

For more information on corporate climate projects and to see how we are progressing against our corporate greenhouse gas emission targets, view our progress reports.