Tsunamis are rare, but dangerous. Possible causes include:

Our greatest chance of a damaging tsunami will follow a major earthquake—in the range of magnitude 9.0—off the coast of Vancouver Island. Earthquakes are common in B.C. We record more than 1,200 earthquakes each year, and most are too small to feel. 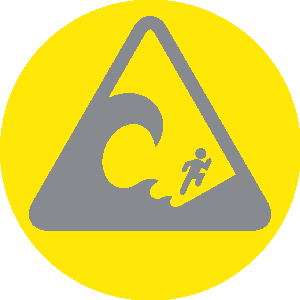