Saanich, BC – The second Sunday in September of each year is Firefighters’ National Memorial Day, a day designated to recognize the dangers firefighters often face when carrying out their duties, and the ultimate sacrifice of firefighters who have given their lives in the line of duty.

It was only fitting that Fire Department members gathered on Sunday, September 13 to dedicate a new commemorative plaza and memorial wall at Fire Station No. 1. At the dedication ceremony, Fire Chief Michael Burgess, Mayor Fred Haynes and Brian Catinus, International Association of Fire Fighters Local 967 President, paid tribute to three Saanich Fire Department members who died in the line of duty:

“The loss of these members at such early ages reminds us all that firefighting that keeps us safe is a dangerous profession, as well as the importance of firefighter safety, health and wellness,” said Mayor Fred Haynes. “I’m honoured to be here today to recognize the incredible selflessness, courage and expertise firefighters demonstrate every day, and thank them for their commitment and service to our community.”

“We stand here united in our commitment to ensure members of the Saanich Fire Department are provided with nothing but the best in terms of personal protective equipment, that our occupational health and safety programs and standards exceed industry best practices, that our members are supported compassionately and have immediate access to counseling and support services when needed, and that they can come to work each and every day and be safe and be able to go home to their families and loved ones at the end of the day,” said Fire Chief Michael Burgess. 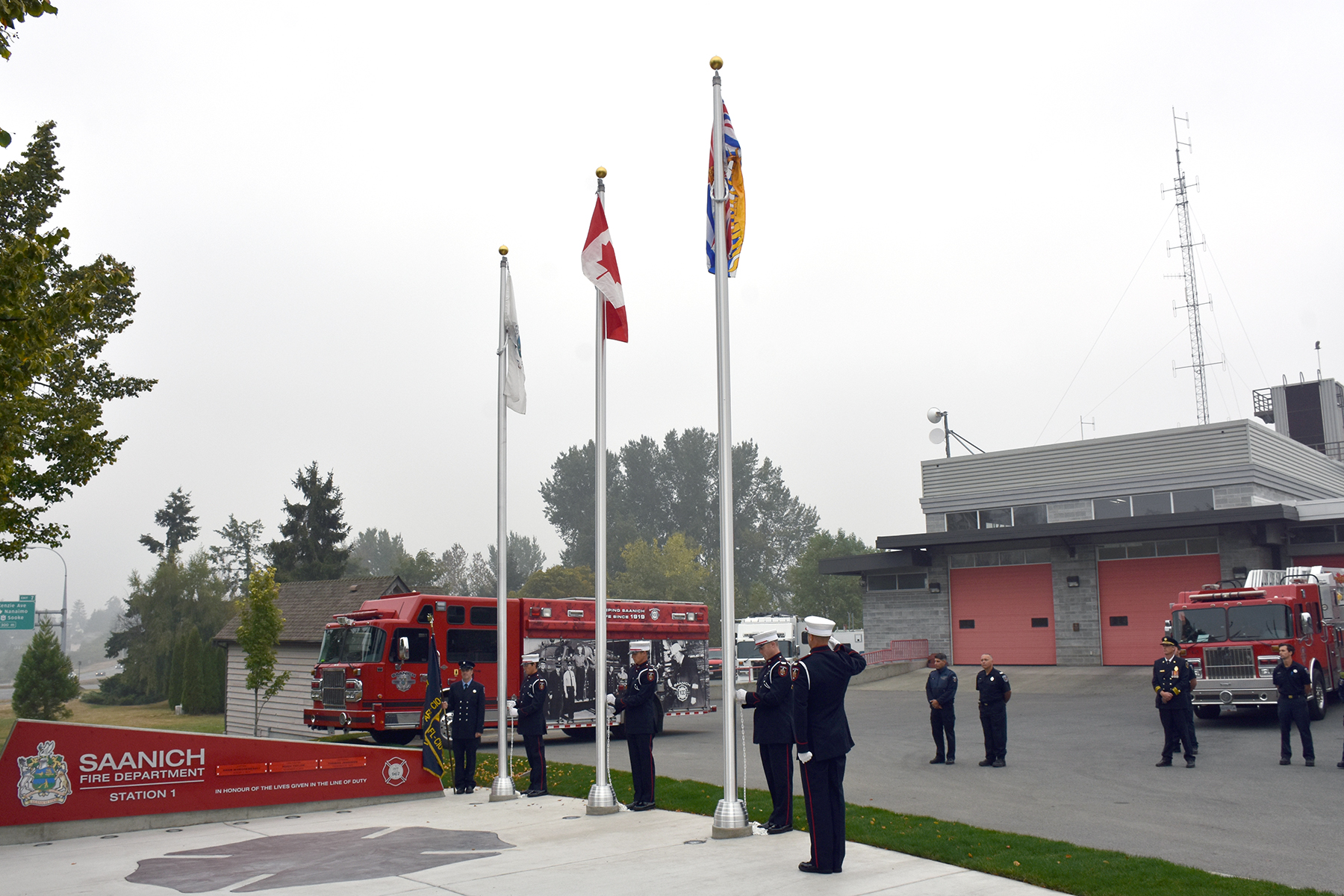