Section Navigation: Some of the early Black settlers from the Saanich Archives

Some of the early Black settlers from the Saanich Archives

Black History Month is a time to learn more about the important contributions of Black Canadians to the settlement, growth and development of Canada, and about the diversity of Black communities in Canada and their importance to the history of this country. Saanich believes the impact of Black heritage and culture should be shared and celebrated at the local community level. These are some individuals who called Greater Victoria home.

Saanich Archives have shared some information regarding some of the early Black settlers in the area and the BC Black History Awareness Society has supplied some additional images, you can read more on their site as well, a wonderful source of historical information.

In the 1850s, Governor James Douglas invited African-Americans to immigrate to Vancouver Island, offering to sell them land for 20 shillings per acre. Hundreds of Black settlers let California for Vancouver Island during this period, many only passing through on their way to try their luck in the gold fields of the Fraser River. Some families did purchase land though and helped to build the community we know today.

Charles and Nancy Alexander and their children arrived in Saanich in 1858. Charles purchased a farm near Shady Creek, where they would remain for the next 33 years. The Alexanders initiated and supported the building of the original Shady Creek Methodist Church and Charles was one of its first preachers. A carpenter by trade, Charles was also a school trustee for many years and was involved in the formation of the Temperance Society and the Agricultural Society. The family later moved to the Swan Lake area and many Alexander descendants still reside on Vancouver Island today.

Fielding Spotts was a cooper who arrived in Victoria from San Francisco in 1958, eventually purchasing 100 acres in what is now Central Saanich for $98. He and his wife Julia raised 8 children in their 1860 log cabin, built entirely by hand-hewn logs. Fielding was active in the Shady Creek Church and served as a school trustee at Royal Oak School in the early 1870s. In 1874, Spott won the prize of best three-to-five-year-old steer at the Saanich Agricultural Show. Despite having 8 children, there are no known descendants of Fielding and Julia Spotts living today.

Very little is known about Joseph Lavender, but it is believed that he arrived on Vancouver Island in 1858. Joseph lived in Esquimalt and worked as a labourer. In 1866 he got married, though we don’t know his wife’s name. In 1887, he paid $157 for 157 acres of land in the District of Highlands, near the current site of the District of Highlands Office. Within a month, however, he had sold this property and returned to work as a labourer. Sometime after 1882, Joseph purchased land in the Elk Lake area. When he died in 1899, he was listed as a farmer. 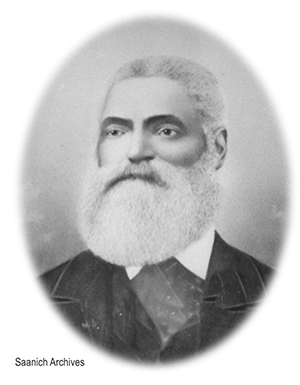 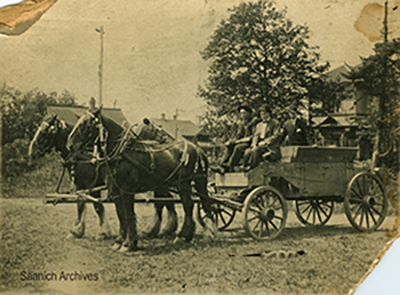